WELCOME TO OUR COMMUNITY!

We understand how delicate the process can be when looking for the right care for your loved one, and we want to help! We have put together a series of important questions worth considering. READ MORE HERE. 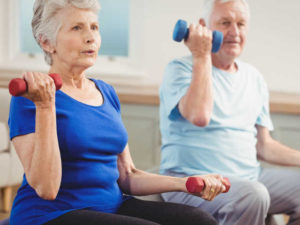 Want to live longer? Head to the gym! That’s the conclusion of a new study conducted at the University of California at Los Angeles. The study is part of a growing body of evidence that is changing the way patients, especially seniors, should be evaluated for their overall health. Simply comparing a person’s weight to their height isn’t as effective a measurement of healthiness as previously thought. The study sheds light on approaches that home health care workers can use to improve the quality and the length of their client’s lives.

Moving Away From BMI

Nutritionists and doctors use Body Mass Index as a handy way to measure overall health. Simply put, BMI takes your weight and compares it to your height. This can be useful for predicting future problems like diabetes. While BMI is still in use for some medical evaluations, new research continues to cast doubt on its effectiveness without other evidence.

According to the UCLA study, the ratio of muscle mass to overall weight is a much better predictor of mortality in seniors than BMI alone. Researchers now believe that two people who are the same height and the same weight could have wildly different chances of an extended lifespan. Body composition, the ratio of muscle to fat, is more important than how much you weigh.

Time for a New Measurement?

Doctors, fitness experts, nutritionists, and home health care workers are taking the study very seriously. The decrease in mortality was substantial when the ratio of muscle to fat is increased. The study was large, with over 3,500 participants. These included men over 55, and women over 65 years old. The initial survey was taken over a period of 6 years. A full decade went by before the follow-up survey. All these factors make the results more reliable than a typical health survey.

Rating a patient’s overall health is subjective. Measuring mortality is not. Significant reductions in mortality in a large study indicate that improvements are possible for more people. It’s still important for seniors to guard against obesity, but it’s clear that BMI isn’t as accurate a way to look at obesity as once thought. That’s prompted some doctors to wonder if some kind of muscle mass index would give a clearer picture of overall health.

A Pound of Prevention

The study showed that increasing muscle mass compared to body fat wasn’t an all-or-nothing deal. Improvements could be seen on a sliding scale as people packed on muscle and shed fat. Lean, muscular patients saw the best improvements in mortality. Participants who had trouble with shedding fat were still able to improve their lifespan by increasing muscle mass. In all cases, it was the ratio of muscle mass to fat that appeared to be the deciding factor. That contradicts decades of medical literature that argues strictly for weight loss at all costs.

How Muscle Mass Is Measured

BMI is easy to calculate. You can work it out if you know a person’s height and weight. Calculating body composition is slightly harder. Muscle tissue contains more water than fatty tissue. This allows a mild electrical current to pass through it more readily. This bioelectrical impedance can be measured with a simple electronic device, but it’s still more complicated than measuring your height and weight.

Home health care workers are experts at keeping seniors more active. They know that physical activity is beneficial for both the body and the mind. Social isolation can be avoided by regular exercise.

Not everyone is capable of packing on a lot of muscle late in life, but it’s not necessary to be a gym rat to see improvements. Any physical activity that burns calories and increases or maintains muscle mass is sure to have a beneficial effect. This recent study shows that seniors will be happier and healthier if they exercise to build muscle. It also shows they’ll be happier and healthier longer. 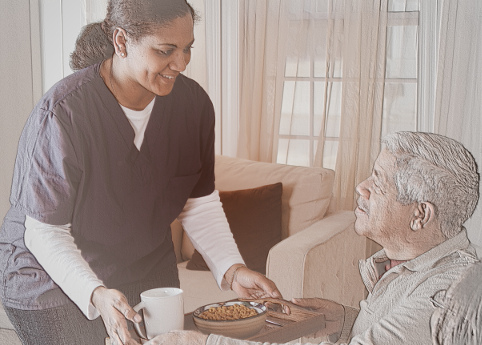 How to Make a Checklist for Your New Caregiving Service 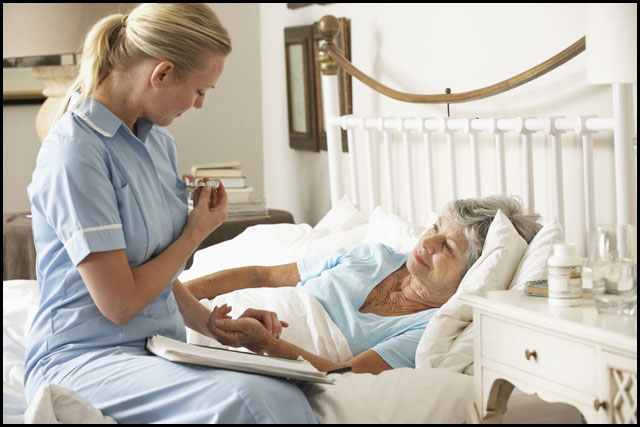 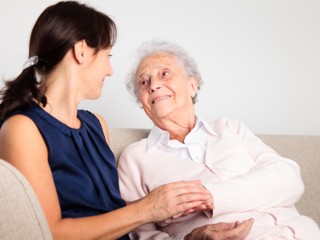 When Is it Time for Home Care Services in Los Angeles, CA?

Looking for Services & Pricing For Your Family?

Learn more about the cost of home care in the Los Angeles area and how quickly we can provide services in your loved one's home. LEARN MORE HERE.